This is a thought experiment about what the perfect country might be like. It's not an idle daydream, it's a way of highlighting some of the problems with our own nations and a way of signalling what the true opportunities might be.

Utopia - The Perfect Amount Of Awful

A renowned urban planner, Danilo Palazzo unpacks the meaning of “Utopia” and its practical implications for cities and architects.

How to recognize a dystopia - Alex Gendler

The genre of dystopia – the ‘not good place’– has captured the imaginations of artists and audiences alike for centuries. But why do we bother with all this pessimism? Alex Gendler explains how dystopias act as cautionary tales – not about some particular government or technology, but the very idea that humanity can be molded into an ideal shape.

The Dystopian World of 1984 Explained

George Orwell's novel has been brought up recently. Many terms and facts are used. The world he crafted doses have some similarities, but it in itself is dystopian in its own right. What caused this to happen? What made 1984 such a dark novel that Orwellian is now a term? This is one video to explain.

So, What is Democracy Anyway? | Peter Emerson | TEDxVienna

In many instances, a majority vote identifies not the will of the people, not even the will of the majority of them, but the will of those who wrote the question. Most political problems are complex; to reduce them to a win-or-lose binary vote, or even a series of such dichotomies, often turns what should be a discussion into an argument. Preferential voting in contrast can be win-win: indeed, a points system can identify that option which, if not the most popular, is at least the most generally acceptable. Peter Emerson is the director of the de Borda Institute. He has written ten books on voting systems and published several articles on democracy in peer reviewed journals. A vocal critic of the Majority Rule, he has helped design an app for multi-option voting.

How Should Democracy Really Work?

Chemical weapons are considered illegal across the globe, but many countries continue to secretly use them in war zones, including the U.S. So what exactly are chemical weapons? And how do we monitor them?

There's a lot of confusion surrounding the terms Communism and Socialism. The two are often used interchangeably, even by entire governments and political leaders, but they are not the same at all! So what’s the difference? Find out in this quick explainer!

Dr Natasha Ezrow is a Senior Lecturer in Government at the University of Essex. She has recently completed a new book Failed States and Institutional Decay, and she published two books in 2011 on dictatorships. Dictators and Dictatorships is an introductory textbook and The Politics of Dictatorship is a research monograph on the duration of authoritarian regime types.

Introduction to the History of Anarchism

In this video, I look at the history of anarchism through William Godwin, Max Stirner, Pierre-Joseph Proudhon, Mikhail Bakunin and Peter Kropotkin. I also look at some of the schools of anarchist thought that they influenced: Mutualism, Anarcho-Communism, Individualism and Anarcho-Syndicalism.

A former British diplomat in the lead up to the Iraq war, Carne experienced first-hand the lies and self-serving discourse of political power. After a profound crisis, he began a quest for a more just way of living together. In this moving and deeply personal talk, Carne explains what he discovered when he studied philosophies and visited communities from varied corners of the planet, and why he thinks anarchism is the best way forward. 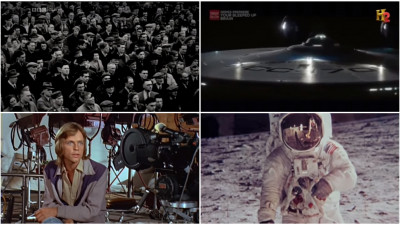