The global economy is in crisis. The exponential exhaustion of natural resources, declining productivity, slow growth, rising unemployment, and steep inequality, forces us to rethink our economic models. Where do we go from here? In this feature-length documentary, social and economic theorist Jeremy Rifkin lays out a road map to usher in a new economic system.
A Third Industrial Revolution is unfolding with the convergence of three pivotal technologies: an ultra-fast 5G communication internet, a renewable energy internet, and a driverless mobility internet, all connected to the Internet of Things embedded across society and the environment.
This 21st century smart digital infrastructure is giving rise to a radical new sharing economy that is transforming the way we manage, power and move economic life. But with climate change now ravaging the planet, it needs to happen fast. Change of this magnitude requires political will and a profound ideological shift.

With the most tech startups and venture capital per capita in the world, Israel has long been hailed as The Startup Nation. WIRED’s feature-length documentary looks beyond Tel Aviv’s vibrant, liberal tech epicenter to the wider Holy Land region – the Palestinian territories, where a parallel Startup Nation story is emerging in East Jerusalem, Nazareth, Ramallah and other parts of the West Bank, as well as in the Israeli cybersecurity hub of Be’er Sheva. And we will learn how the fertile innovation ecosystem of Silicon Wadi has evolved as a result of its unique political, geographical and cultural situation and explore the future challenges – and solutions – these nations are facing.

Professor Brian Cox, BBC presenter and the Royal Society Professor for Public Engagement in Science, joins Eric Schmidt, former Executive Chairman of Google’s parent company Alphabet Inc., for a discussion on Artificial Intelligence.
Artificial Intelligence is having a remarkable impact on science, technology and people’s lives, so how does it help us now and what might it mean for our imminent futures? With the help of the audience at the Science Museum, Brian will be asking Eric Schmidt: what lies ahead for AI?

Singularity University's Exponential Manufacturing Summit leads 500+ of the world's brightest executives, entrepreneurs and investors through an intensive three-day program in Boston to prepare them for the changes brought forth by unstoppable technological progress.

From May 17-19, 2017, we explored how exponential technologies including artificial intelligence, additive manufacturing, exponential energy, and bio manufacturing are continually redefining the future of work, production, supply chain, and design.

Is the world getting better or worse? A look at the numbers | Steven Pinker

Was 2017 really the "worst year ever," as some would have us believe? In his analysis of recent data on homicide, war, poverty, pollution and more, psychologist Steven Pinker finds that we're doing better now in every one of them when compared with 30 years ago. But progress isn't inevitable, and it doesn't mean everything gets better for everyone all the time, Pinker says. Instead, progress is problem-solving, and we should look at things like climate change and nuclear war as problems to be solved, not apocalypses in waiting. "We will never have a perfect world, and it would be dangerous to seek one," he says. "But there's no limit to the betterments we can attain if we continue to apply knowledge to enhance human flourishing."

Yuval Noah Harari on the myths we need to survive

Myths. We tend to think they’re a thing of the past, fabrications that early humans needed to believe in because their understanding of the world was so meagre. But what if modern civilisation were itself based on a set of myths? This is the big question posed by Professor Yuval Noah Harari, author of Sapiens: A Brief History of Humankind, which has become one of the most talked about bestsellers of recent years. In this exclusive appearance for Intelligence Squared, Harari will argue that all political orders are based on useful fictions which have allowed groups of humans, from ancient Mesopotamia through to the Roman empire and modern capitalist societies, to cooperate in numbers far beyond the scope of any other species.

To give an example, Hammurabi, the great ruler of ancient Babylon, and the US founding fathers both created well-functioning societies. Hammurabi’s was based on hierarchy, with the king at the top and the slaves at the bottom, while the Americans’ was based on freedom and equality between all citizens. Yet the idea of equality, Harari will claim, is as much a fiction as the idea that a king or rich nobleman is ‘better’ than a humble peasant. What made both of these societies work was the fact that within each of them everyone believed in the same set of imagined underlying principles. In a similar vein, money is a fiction that depends on the trust that we collectively put in it. The fact that it is a ‘myth’ has not impeded its usefulness. It has become the most universal and efficient system of mutual trust ever devised, allowing the development of global trade networks and sophisticated modern capitalism.

Professor Harari came to the Intelligence Squared stage to explain how the fictions that we believe in are an inseparable part of human culture and civilisation.

Why We Love Certain Books

There are books that seem to know us better than we know ourselves: those are the books we love.

Whether physically, spiritually or perhaps through a legacy, philosopher Stephen Cave discusses how the relentless quest to live forever has influenced and shaped civilization since the dawn of humankind

We Are The World That We Perceive: Riccardo Manzotti

Neuroscientist Riccardo Manzotti proposes a radical hypothesis: that we are the world that we perceive. But this world consists not of absolute, externally aloof objects, abstractions that are described by mathematical equations, but of objects which only exist relative to the perceiver, which keep changing because we the observers keep changing. There is no need to abandon the belief in a physical world; it is only our poor understanding of physics that prevents us from finding consciousness in the physical world. It is our bodies that bring the world into existence, and our idea of the object is identical to the object itself; our experience of the apple is the apple. We don't have to look for ourselves inside the brain. To find consciousness we should look at objects, not at the brain. 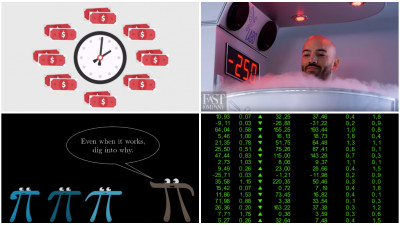 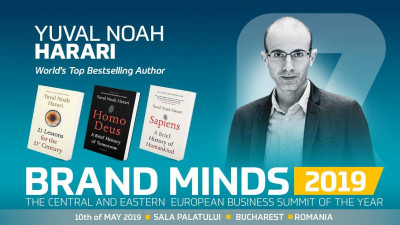 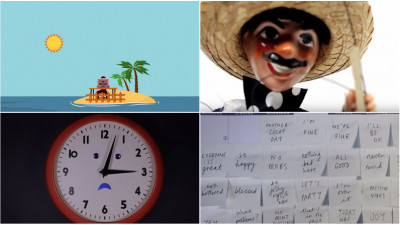