Harvard University. Gaelle Desbordes, a researcher at Massachusetts General Hospital and instructor in radiology at Harvard Medical School, is probing mindfulness meditation’s effect on depression, using functional magnetic resonance imaging (fMRI) to take before and after images of the brains of depressed patients who’ve learned to meditate. The work seeks to understand the internal brain processes affected by mindfulness meditation training in this population.

Dr. Ron Siegel: "The Science of Mindfulness" | Talks at Google

The Science of Mindfulness: Working with Anxiety, Depression, and Other Everyday Problems Mindfulness-based psychotherapy is the most popular new treatment approach in the last decade—and for good reason. Studies demonstrate that mindfulness practices can be effective tools to help resolve anxiety, depression, addictive habits, stress-related medical disorders, and even interpersonal conflict. Mindfulness is not, however, a one-size-fits-all remedy. We need to tailor practices to particular problems. This talk will outline how mindfulness practices work to alleviate psychological distress and how anyone can creatively adapt them to work with the difficulty of the moment.

The Science of Mindfulness

Professor Mark Williams examines the neuroscience of mindfulness in the second of four short videos. We live in a world filled with material wealth, live longer and healthier lives, and yet anxiety, stress, unhappiness, and depression have never been more common. What are the driving forces behind these interlinked global epidemics? In this series, Professor Mark Williams (Wellcome Trust Principal Research Fellow at Oxford University) and Dr Danny Penman discuss the recent scientific advances that have radically altered our understanding of depression and related disorders. Also discussed is the latest treatments and therapies that are offering hope to those suffering from depression. Professor Williams co-developed Mindfulness-Based Cognitive Therapy (MBCT), a treatment for anxiety, stress and depression that is at least as effective as drugs at preventing new episodes of depression. It's now one of the preferred treatments for depression recommended by the UK's National Institute for Health and Clinical Excellence. The same technique, based upon an ancient form of meditation, can also help us cope more effectively with the relentless demands of our increasingly frantic world. Professor Williams and Dr Penman co-authored the bestselling book Mindfulness: Finding Peace in a Frantic World.

Counting Calories with a Ballerina

Behind the elegance of ballet dancer Theresa Farrell is an athlete to the core. In this episode of FUEL, we follow Theresa as she drops half a pound a week, working towards her performance goal weight for the upcoming ballet season with American Contemporary Ballet in Los Angeles, CA.

Without a consistent nutritional approach to back it up, even the best muscle gaining training protocol can end up being a fat-loss program, a fat-gain program, or just a "look exactly the same" program.

In this episode of FUEL, a new series dedicated to the high-performance diets of athletes, we follow Robert Oberst—aka Obie—one of America’s leading professional strongmen, holder of the American record in the Log Lift, and eater extraordinaire. In an average day, Obie consumes 15,000–20,000 calories to power himself through hours of punishing training. From the gym to the kitchen, Obie shows us the kind of fuel he needs in order to stay at the top of his sport.

IRON CINEMA – Every Monday we connect you with Generation Iron director Vlad Yudin. Get a first hand look at the entire journey of the bodybuilding industry – ranging from athlete interviews, behind-the-scene looks at major events, and insight into the Generation Iron Fitness Network‘s original shows and films.

It's currently estimated there are around 60,000 steroid users in the UK. Unofficially — it's thought to be closer to a million.

Juiced Up - The Consequences of Steroids: SWOLE Ep. 3

Over the better part of this century, bodybuilders have increased the natural performance of their bodies by using artificial substances. In episode 3 of Swole, we talk to a medical expert about the consequences from the use of anabolic steroids while following the daily routine of Mike Bolkovic, a bodybuilder who’s been injecting testosterone for the past eight years. Mike shares with us how the drug impacted his lifestyle and personal relationships.

Bodybuilding demands absolute discipline in every aspect of an athlete’s life. But when does it go too far? Ripped: Inside Women’s Bodybuilding follows two female bodybuilders as they train for a national competition, stretching both their physical and emotional limits.

My life as a female bodybuilder: it's my body armour | Guardian Docs

Pro-bodybuilder Rene Campbell, 38, is ‘bigorexic’ – devoted to making herself as large as possible by cooking the right kind of food and training as much as she can.

MUNCHIES introduces FUEL, a new series dedicated to the high performance diets of athletes. We follow Byamba, current world sumo champion, through his average day of consuming 10,000 calories. In and out of the dojo, Byamba shows us how to shop, cook, and eat chankonabe- a Japanese stew eaten by sumo wrestlers to pack on the pounds. Itadakimasu!

Sumo wrestlers enter training stables, or beyas, as young teens and dedicate their lives to the sport until they retire. Training involves incredible food intake, heavy beer consumption as a means of weight gain and daily full-contact sparring. Along with the health impacts, most wrestlers leave the sport with little education and less money. In this VICE Sports exclusive, we visit with two retired rikishis to get their take on life after sumo.

ESPN Sport Science puts Joey Chestnut up against John Brenkus in a five-minute hot dog eating contest and break down what makes Chestnut so good at what he does.

Mukbang With Millions: Inside the World of Livestream Eating

In South Korea, millions of people are going online to watch others eat. What is going on and why is this so popular? Welcome to the world of mukbang. 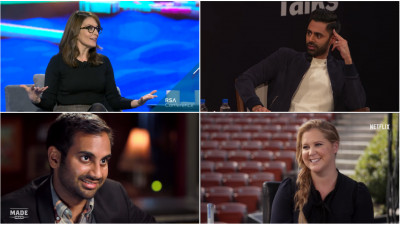 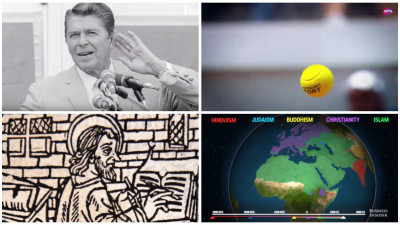