Where Did Earth's Water Come From?

When trying to figure out why our planet has water, scientists first had to theorize about how water formed in the universe.

There is a massive underground ocean located near Earth's core

There is a massive underground ocean located near Earth's core.

If you jumped through a vacuumed hole that cut through the center of the Earth, gravity would work against you. What would that mean? The passage wouldn't be as seamless as you'd think.

A neutron star is one of the most dangerous objects in the universe. Neutron stars are the densest things besides black holes. A stone sized piece of this star would weigh 100 million metric tons.

The sun keeps the planets in its orbit with a tremendous gravitational force. What would happen if it disappeared entirely? Learn about the star at the center of our solar system, and how it is critical to all life as we know it.

The Secret of the Dark Side of the Moon

Earth's gravity is so strong we only see one side of the orbiting moon. Modern exploration to the mysterious dark side revealed dramatic surprises and revised theories about the moon's formation.

What Would Happen If The Moon Disappeared

Our moon is on the move. Each year, it drifts an estimated 1.5 inches further away from Earth. And in the process, Earth's rotation is actually slowing down. What if one night, the moon simply disappeared? Would we miss it?

What Would Happen If The Earth Stopped Spinning?

From its blood-like hue to its potential to sustain life, Mars has intrigued humankind for thousands of years. Learn how the red planet formed from gas and dust and what its polar ice caps mean for life as we know it.

Your kids might live on Mars. Here's how they'll survive | Stephen Petranek

It sounds like science fiction, but journalist Stephen Petranek considers it fact: within 20 years, humans will live on Mars. In this provocative talk, Petranek makes the case that humans will become a spacefaring species and describes in fascinating detail how we'll make Mars our next home. "Humans will survive no matter what happens on Earth," Petranek says. "We will never be the last of our kind."

In September 2017, SpaceX CEO, Elon Musk revealed his latest aspirations for colonizing Mars. His plan is to send the first humans to Mars in 2024 to build the foundations for the first Martian city. But is Mars really the best place for humans to settle?

What Would Happen If Humans Tried To Land On Jupiter

The best way to explore a new world is to land on it. That's why humans have sent spacecraft to the Moon, Venus, Mars, Saturn's moon, Titan, and more.

Although Venus is easier to reach than Mars, scientists and space agencies around the world show little interest in exploring the planet. Why is it that they have so much enthusiasm in examining Mars but not our neighboring planet, Venus?

Uranus is officially the weirdest planet in our solar system

Uranus' magnetic field acts in a very different way from other planets. Understanding its nature could be key to finding alien life in the future. You can read more about the scientists' findings in The Journal of Geophysical Research: Space Physics.

What If Planet X Was Real?

Some scientists hypothesize that a mysterious, gigantic 9th planet may be lurking at our solar system’s edge. Why haven't we seen it yet?

How Long You Can Survive On Each Planet

We know how long a human being could survive on a summer day on Mars without a spacesuit. (Answer: not long at all.) But what about the other planets in our solar system?

Why is our universe fine-tuned for life? | Brian Greene

At the heart of modern cosmology is a mystery: Why does our universe appear so exquisitely tuned to create the conditions necessary for life? In this tour de force tour of some of science's biggest new discoveries, Brian Greene shows how the mind-boggling idea of a multiverse may hold the answer to the riddle.

Retired astronaut Chris Hadfield helps debunk (and confirm!) some common myths about space. Is there any sound in space? Does space smell like burnt steak? Is NASA working on warp speed?

40 years ago, NASA sent a message to aliens — here's what it says

In September 1977, NASA launched Voyager I from Cape Canaveral, Florida. The craft carried a golden record that contained a message to aliens from the people of Earth. Here's what it said.

Is There A Better Planet Out There For Us?

The discovery of several Earth-like planets outside the solar system has opened the possibilities of expanding our horizons and establish out first interstellar colonies. What would life be like on these 'super-Earths'? And if we ever got there... would we be able to leave?

The Terrifying Way Our Universe Will End — And When

Our universe is racing toward its destruction as we speak. The end is not going to be especially pleasant, but when that end will happen is still a point of contention amongst cosmologists.

Do we live in a multiverse? | The Economist

It has long been thought that our universe is all there is, but it is possible we may live in just one of many.

Dark Matter — The Greatest Mystery of The Universe | VICE on HBO

Dark matter and dark energy comprise the vast majority of our universe, but it is the biggest mystery in modern physics to figure out what they actually are.

Physicist Brian Greene explains superstring theory, the idea that miniscule strands of energy vibrating in 11 dimensions create every particle and force in the universe.

Why does time pass? | The Economist

The equations of physics suggest time should be able to go backwards as well as forwards. Experience suggests, though, that it cannot. Why? And is time travel really possible?

Located in the arctic circle, The Global Seed Vault isn't simply just a large storage facility for seeds from around the world. The vault is protecting the world's agricultural genetic diversity and protecting our future food supply in case of catastrophe.

What happens when you discover a dinosaur? Paleontologist Kenneth Lacovara details his unearthing of Dreadnoughtus — a 77-million-year-old sauropod that was as tall as a house and as heavy as a jumbo jet — and considers how amazingly improbable it is that a tiny mammal living in the cracks of the dinosaur world could evolve into a sentient being capable of understanding these magnificent creatures. Join him in a celebration of the Earth's geological history and contemplate our place in deep time.

Humanity will reach the 'point of no return' on climate change by 2035.

What If an Advanced Civilization of Humans Existed Millions of Years Ago?

How do we even know that we're the first advanced civilization to call the planet Earth home?

If humans disappeared from Earth

In Alan Weisman’s 2007 book “The World Without Us,” the author investigates what would happen if humanity mysteriously vanished from the globe. The world we’ve built would start to decay immediately, though traces of our past would last for thousands or even millions of years. 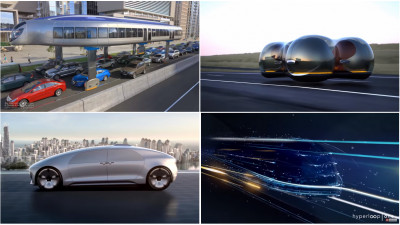 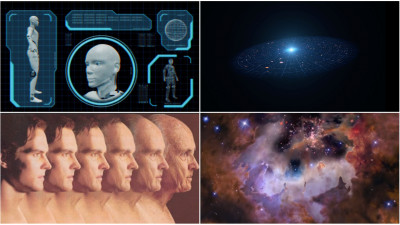