"It breaks our hearts to throw this much food away". Craig Reucassel visits a Banana Farm and discovers how much fruit is thrown away before it even hits the supermarkets.

If food waste were a country, it would be the third biggest source of carbon pollution (via The Years Project).

French supermarkets are banned from throwing out unsold food

Edible food must be donated to charity.

One woman's battle against food waste.

This restaurant is reducing food waste by turning surplus foods into gourmet dishes.

OzHarvest Market is Australia's first rescued food supermarket, making food that would otherwise go to waste available to everyone, especially those who need it most!

Consumers are the key players in reducing food waste. Within the last 4 years, the Danish Stop Wasting Food movement (Stop Spild Af Mad) has grown from a small Facebook group to the biggest Danish NGO against food waste, influencing the retailers as well as the politicians and helping to put the topic on EU's and UN's agenda.

Western countries throw out nearly half of their food, not because it's inedible -- but because it doesn't look appealing. Tristram Stuart delves into the shocking data of wasted food, calling for a more responsible use of global resources.

Ever wonder what happens to restaurant leftovers? In the Philippine capital, Manila, meat is recycled from landfill tips, washed and re-cooked. It's called "pagpag" and it's eaten by the poorest people who can't afford to buy fresh meat.

Zabbaleen: Trash Town. A whole community in Egypt that lives on rubbish

Tens of thousands of people live in Zabbaleen, on the outskirts of Cairo, Egypt, they all make a living out of recycling the entire capital city’s refuse. Their whole town is practically a giant dump and it provides them with almost everything they need: from kids’ toys to fodder for livestock. Even their pigs play an important part in recycling food waste. Most important of all though, the dump provides livelihoods for the people of Zabbaleen.

Millions of Venezuelans have left the country in the last two years, fleeing the oil-rich nation’s economic collapse.

Women throughout the western world continue to dabble with new diets to lose weight, in Mauritania though parents force-feed their daughters to make them bigger. Putting on weight is a sure way for young girls to find good husbands and succeed in life. RTD travels to Mauritania to explore the tradition of Leblouh – force-feeding little girls to help them achieve the local standard of beauty.

Everyone needs food to live, but there is a group of people who, without intervention, could literally eat themselves to death.

American Fast Food Took Over Kuwait And Made Its People Obese: VICE on HBO, Full Episode

Obesity is now the biggest health threat facing Kuwait​ — and the country's obsession with American fast food could be to blame.

Monsanto: The Company that Owns the World’s Food Supply

Monsanto was one of four groups to introduce genes into plants, and was among the first to conduct field trials of genetically modified crops. Monsanto was one of the first companies to apply the biotechnology industry business model to agriculture, using techniques developed by biotech drug companies.

Sara Menker quit a career in commodities trading to figure out how the global value chain of agriculture works. Her discoveries have led to some startling predictions: "We could have a tipping point in global food and agriculture if surging demand surpasses the agricultural system's structural capacity to produce food," she says. "People could starve and governments may fall." Menker's models predict that this scenario could happen in a decade -- that the world could be short 214 trillion calories per year by 2027. She offers a vision of this impossible world as well as some steps we can take today to avoid it.

It took 200,000 years for our human population to reach 1 billion—and only 200 years to reach 7 billion. But growth has begun slowing, as women have fewer babies on average. When will our global population peak? And how can we minimize our impact on Earth’s resources, even as we approach 11 billion?

Looking to 2060: A Global Vision of Long-term Growth

The balance of economic power is expected to shift dramatically over the coming half century, with fast-growing emerging market economies accounting for an ever-increasing share of global output, according to new OECD research.

What If Every Human Ever Born Came Back to Life Today?

What would happen if every single human from the entire history of our species suddenly came back to life today? How many people would there be, what would they look like as a group and how would it affect society? It's an absurd question, but it's still an interesting one to try and answer! 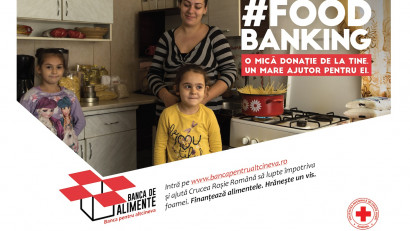 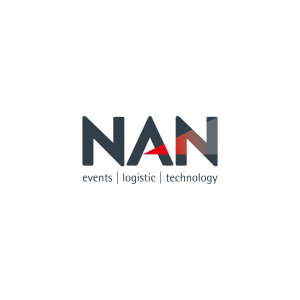