"You crazy beasts", says Bruno Luglio, addressing Romanian creatives. Why? Well, says he, in most agencies he worked in, you had at least one Romanian creative that "always brought the crazy thoughts and original insights". And he worked in agencies on two continents, soon-to-become three.

His ad trail begins in Brazil, moves on to Germany (DDB Berlin & thjnk Hamburg, the former kempertrautmann), then leads him back home (DAVID The Agency).

Advertising in Brazil and advertising in Germany have their differences, he told us. "Germany is quiet, focused and spectacular, Brazil is noisy, messy and brilliant." While in Germany, time spent away from the office is a must, Brazil's office-spent hours are longer, but have a whole other vibe to them: moaning after 9 PM isn't excluded. Working moans, surely.

So, the news is Bruno is taking his creative juices to "the mecca of digital advertising" - R/GA New York - alongside his "genius copywriter, friend and part-time shrink", Ivan Guerra. Their objective is reinvention. You can find their common story here and, until we meet at FIBRA, we have more of Bruno's ad narrative below.

For the Romanian version of this interview, please head over to this page. We also have a round-up of Bruno's work, located nearby.

It's good we're starting with this question; hard to say that ending up working on the advertising business was a matter of circumstance or ambition. I believe that, either way, the "choice" is given to you by the path you are already following your entire life.

I always use as an example the way me and my brother used to play with our Legos when we were kids.

He was always the first one to open the box, build everything as said on the manual and improve it a bit afterwards. On the other hand, I used to mix up the pieces and create crazy nonsense (for everyone else) creatures and shapes. Today I work on the creative part of the business and my brother is a super successful aerospace engineer.

So, I believe that in the end it's more a matter of trying to identify where your best capabilities are and explore them. In the end, advertising or engineering could each be an adult manifestation of early curiosities.

Your objective while working in advertising

The beauty of advertising is telling stories. It could be either beautiful, scary or heartbreaking, but a good story will always be a good story. And once I realized how a great story can influence different thoughts and/or new perspectives, it got me.

So I could say that, as a storyteller, achieving new ways of thinking that could generate even newer ways of thinking is what I try to do through the brands I work with. These brands also have the responsibility of engaging their audience with relevant and smart content, once they want to communicate their message.

Ads that left their mark on you

There are 2 ads. Both helped build my persona. As a kid (also as an adult), all I wanted to do was listen to music, so MTV was always on. And both of these ads ran during the golden age of the music channel.

The first one was a local ad for Pearl Drums, where they had Igor Cavalera from Sepultura to play a 1 minute solo to sell their new Export drumsets. That shocked me. From that day on I promised my sister one I day would play as him.

The other one was the legendary Levi's Mr. Bombastic ad. That for me was the best example of what a great commercial is. It's fun, it has a great craft, a great story, it entertains and it doesn't look like an ad. C'mon, the guy roasts birds with his jeans on a wire. Can it get better than that?

And for nowadays, an ad that made a huge impression was the Old Spice - "The man your man could smell like".

I saw it for the first time when I was starting my career at DDB Berlin. I had no idea how award shows worked, but if there were grand prixs at festivals, that's how one could smell like. I think I saw it 15 times over one hour that day.

The story of your first ad project ever

So as the first project, 2 of these guys wanted to help the German Missing Children Initiative after seeing the founder still handing flyers with the pictures of these missing kids in train stations. The decision was to make the search social, in order to spread it as fast as possible.

So we created the biggest search network for missing children in the world, all through Facebook. After a couple of initiatives, including an intervention on the anthem singing of a soccer game between Real Madrid and Bayern Munchen, the results started to come.

To date, I lost count on the numbers of children that were found through our Facebook page, but 6 years later it is still active and helping desperate parents all over Europe. I can only say that I'm proud to be part of the team who created it.

Your favourite ad project to date. Plus reasons why

I could say "The Proud Whopper" for Burger King, because of it's relevance for the brand and for pop culture (someday, I can tell my grandkids that something I did became a meme on 9GAG, if it still exists), but I have a project that didn't get so mainstream and I'm super proud of.

It is the Sound Logo we created for the Philharmoniker Hamburg. I'm obsessed with music, so once I heard that thjnk would start working with the orchestra, it got my mojo going.

I remember sitting one day and having tons of ideas just because I wanted to work for that client. Later that day, I went to a bar to celebrate Leif's (note: Leif Johannsen, CD at thjnk) birthday and someone was showing a picture on an iPhone of the Alster lake in Hamburg, and right there, among 5 or 6 German beers, it struck me.

I got up early next morning, got to the office really early (though thing for a Brazilian) and did a really simple layout, showed to my CDs and sold it. 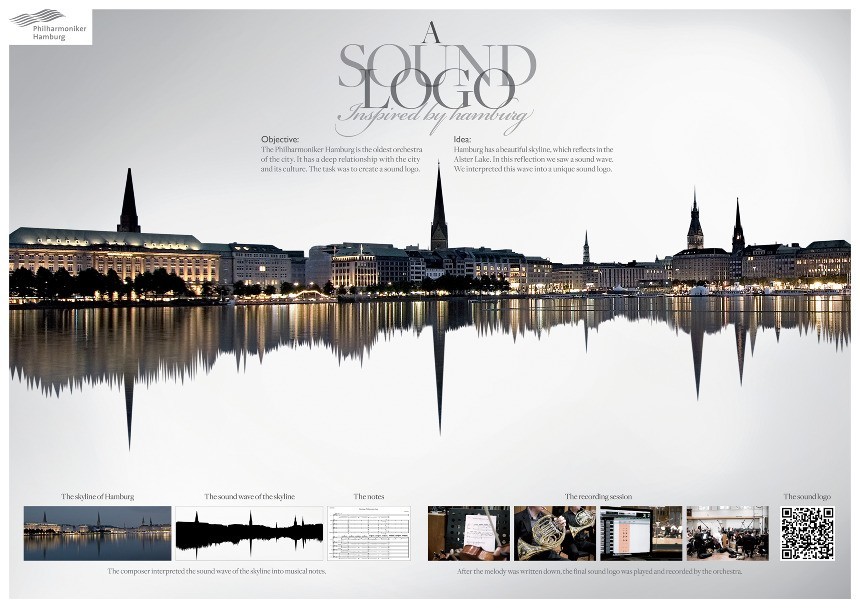 The idea basically took the skyline of Hamburg reflected on the lake and used it as a sound wave to compose the official sound logo for the orchestra. If I can cop with music on every agency I work at, I'm gonna die a really happy creative.

I like to think I don't decide so much consciously. I believe in energy as the regent force of our actions and attractions. By your everyday actions, you redirect your energies to something else. And day by day, without noticing, you have already directed yourself to a new challenge.

Once you're facing the opportunity, it's more a matter of listening to your guts. If they scream happily, it's time to move on. If there's a doubt, a question, think twice. Energy is never lost, just redirected.

Working in advertising Brazil vs. Germany

First of all, Brazilians don't get to the office at 9 AM. Nor 9:30 AM. Nor 10 AM. Life in the creative department starts to flourish perhaps a bit later than that. While in Germany, I was always the only one who got there 9:20 AM. (Thanks Marcell, Heiko, Leif, Patrick, Seb, Michael and Andre for not giving up on me).

Germany is quiet, focused and spectacular, Brazil is noisy, messy and brilliant. One thing I learned in Germany is you do your best when you're at the office on working hours, then you go home to your girlfriend, to a bar, to KitKatClub or whatever drives you, but you go and enjoy your life, refill your creative drive.

In Brazil, the working hours are a bit crazy; you take 2-hour lunch breaks and work late hours, but you never lose the good environment and good vibes. Plus, if you're in the office after 9 PM, make sure your ready, crazy things can happen after that. I swear I can hear moaning sometimes.

The decision to head over to R/GA New York

After a great year at DAVID, a bit after the major festivals were over, when me and Ivan (my genius copywriter, friend and part-time shrink) got this new challenge, we did a lot of pondering til we were 100% it was worth it.

We talked a lot about reinventing ourselves. What could R/GA bring to us and what could we bring to them too. They are the 'mecca' of digital advertising. It's hard to say if there's anyone doing what these guys are doing, so the learning can ben huge. And coming from a completely different background, we think there are a couple of things we can bring into the digital table too.

It was a tough call. We were at DAVID since the very beginning and we learned a lot from the people there. They are brilliant.

Now, I'm just waiting for my boarding day to arrive and start it all over again.

"The Proud Whopper" got many recognitions and award shows all over the world. All the 3 Golden Lions it got hold a special place, but the Promo & Activation one has a different taste, because we heard it got really close to nailing the Grand Prix.

It might not have been awarded such, but in my mind it is.

And the Grand Clio too... c'mon, it's a Grand Prix in one of the most prestigious award shows on the planet. Take that, Don Draper.

Relevance of ad festivals today, in your view

I think creative festivals have the responsibility of telling where communication should go towards to in both cultural relevance and business driving results.

The truth is that having a good idea that wins festivals isn't as hard as people think. But ideas that push social boundaries, save clients' businesses or reinvent advertising altogether, those are the ones people lose their hair about. And those are the ones festivals should look closer for. After all, our business is about the economic growth of our society with cultural responsibility.

While on the subject, I'll say I appreciate more a shortlist with a unique point of view over a Gold where some creative just saw a cool photo or illustration done by an artist and placed a logo on it. Guys, please stop that. EVERYONE will know you just took a photo that already existed and put a logo on it. Just don't.

I'm not sure I can give proper feedback on Romanian advertising, but I can on Romanian creatives. You crazy beasts.

Romanians are a power source of creativity for the industry. Most agencies I worked in, there was at least one Romanian that always brought the crazy thoughts, original insights and unusual suggestions.

As for the campaigns, the AMERICAN ROM is fantastic. Deep rooted on a cultural wave that shifted young people's minds. It has all the elements of a masterpiece.

Being part of the FIBRA Awards jury

It will be the first time I'll be judging an award show so, most of all, I'm expecting to face tons of learning. I'm gonna be side by side of some of the greatest creative minds, so that's a huge privilege already. Also, I expect to see crazy stuff, crazy ideas and originality.

Advice for those who will submit work for the festival

The idea always comes first. If the the insight is real, relevant and new, you already have most of what it takes. Craft it like a genius, but don't let it get ahead of the idea. And as Anselmo Ramos would say: show me something I have never seen before. 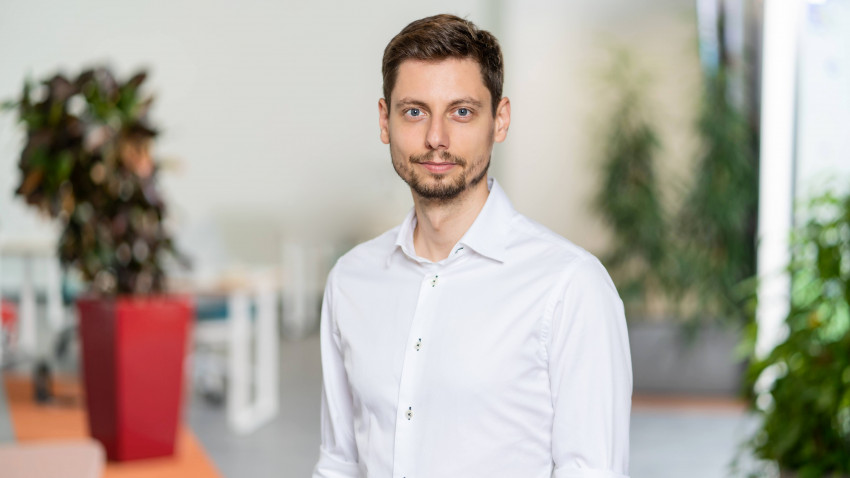 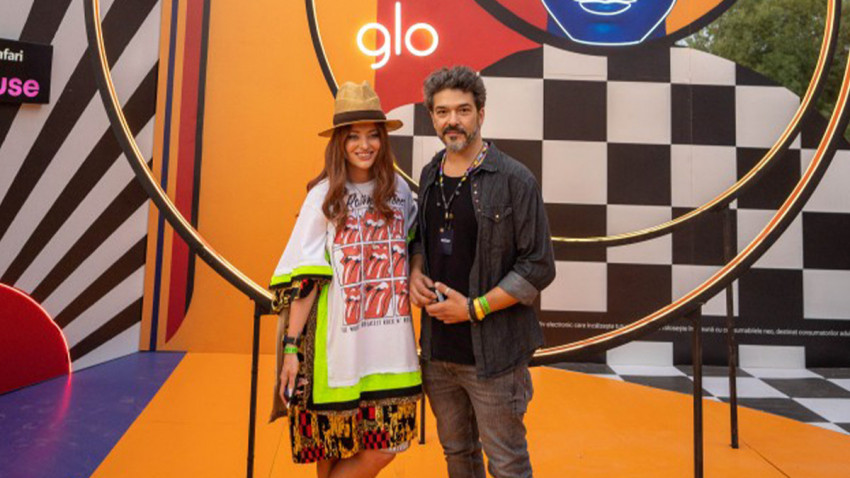 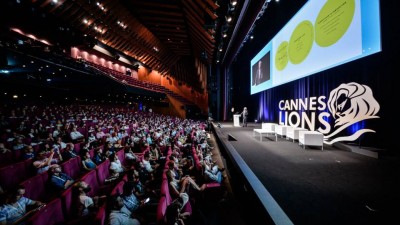 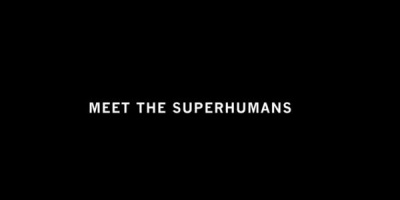 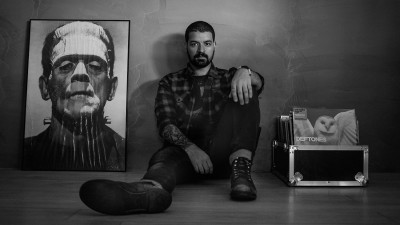 [FIBRA Jury] Robert Nagy (HEAVY): Good work is basically about challenging conventions and pushing a client to do something brave