Carrefour, one of the biggest hypermarkets in Romania, decided to launch its first collectibles promotion based on the Star Wars episode 7, the Force Awakens. As it was the most awaited movie of times, the brand race for the Star Wars association had already started for many other retailer and brands. How could we stand out in Star Wars messages related clutter and create a stronger connection between the icon movie and the Carrefour?

All major retailers in Romania took advantage of the Star Wars hype, including Carrefour. Besides a national campaign that announced the partnership, Carrefour wanted to offer people a unique shopping experience, that would not only make them stand out in a market flooded with Star Wars merchandise, but also turn them into the one-stop-shop for any customer, whether they need Star Wars merchandise or day-to-day groceries.

We took one of the most recognizable elements in Star Wars -- The Force - and we brought it to life in the shopping universe of Carrefour. This is how "Shop like a Jedi" was born. It's an interactive digital outdoor, which, thanks to Kinect Technology, allowed customers to use The Force to shop for anything, from day to day groceries, to Star Wars Merchandise.

The interactive digital billboard was designed to let users experience the power of The Force in an easy and entertaining way, providing them with a simple, well structured virtual shop.

Kinect technology was especially designed to make the using of The Force exactly like in the movies, at every point of interaction, focusing on users` immediate response: the more they concentrated/hovered with their hand over a product, the quicker they could pick it up, they could drag it, manipulate it with a tight or loose grip, and place it in a shopping cart. In the end, if they decided to buy what they've shopped for, their virtual cart would become real, and waited for them at a special cash register at the nearest Carrefour.

The billboard launched on the opening weekend of episode 7 in one of Romania's biggest shopping malls, but it was designed to be easily moved, so it could tour the malls across the country in the weeks that followed.

Families, in urban areas, that are looking for good prices, but also for quality.

Men and women of all ages, mostly families, with medium income. Carrefour is a family brand. And the most beautiful story that is passed on for generations from father to son is Star Wars. So Carrefour decided to offer families the opportunity to share more of the Star Wars experience together through an innovative approach: bringing the core business -- shopping -- in the Star Wars universe by using the Force. The perfect way to experience a part of the epic adventure in Carrefour.

The billboard helped increase in-store traffic in Carrefour Mega Mall Hypermarket by 22% and Star Wars merchandise sales in Carrefour Mega Mall grew with 18%. The billboard recorded an average duration of 3' : 40'' per shopping session-- that's 3 minutes and 40 seconds for every person to interact and play with Carrefour products, in a way that every Star Wars fan often dreamed of doing. The billboard got national and international coverage, including PSFK, Digital Buzz and Trend Hunter, among others. The idea was so well received, that Carrefour is planning to implement it internationally. 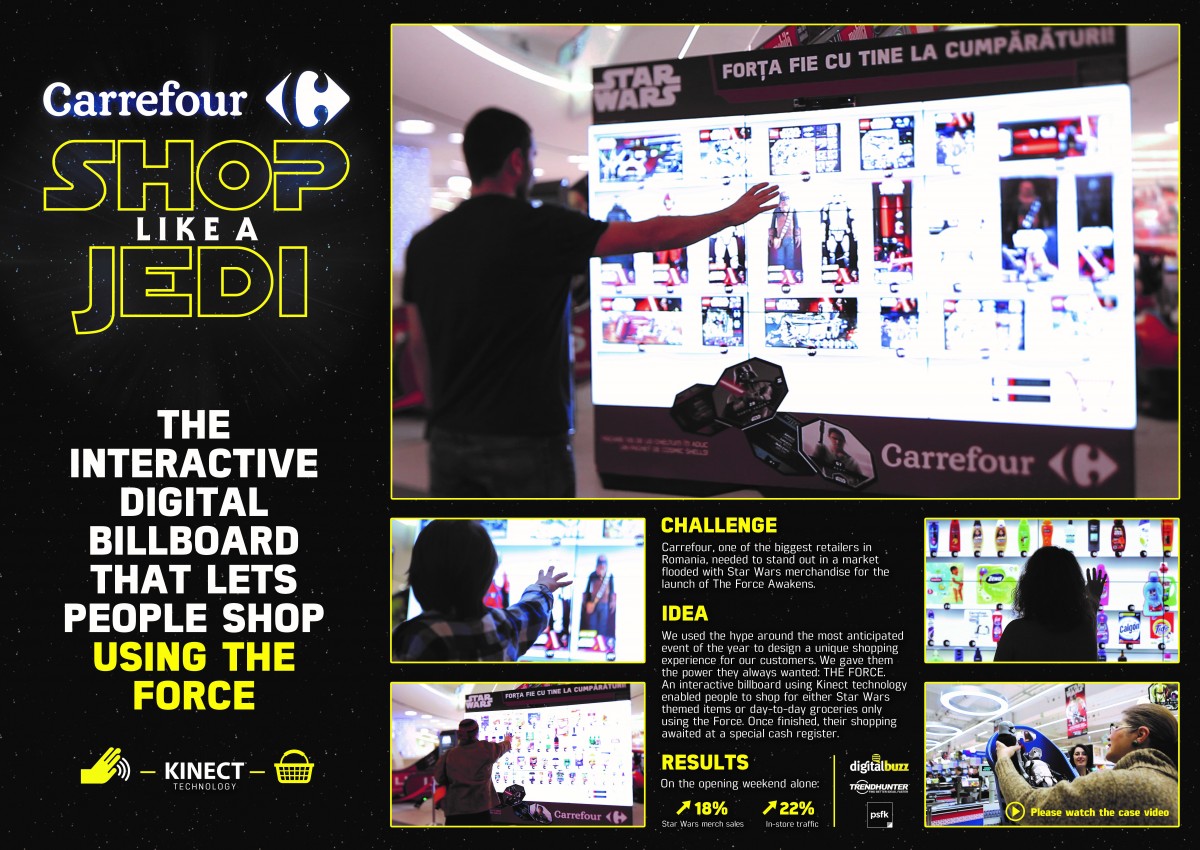 [Case Study] Shop like a Jedi - Star Wars and Carrefour 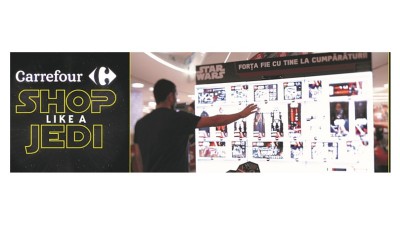 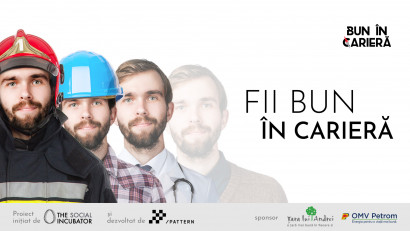 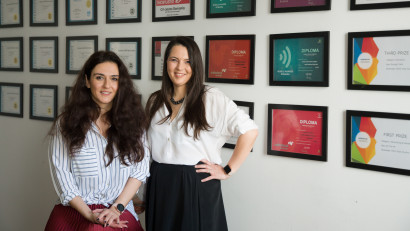