McDonald's is Romania's biggest restaurant chain and although everyone enjoys its food, lately youngsters don't consider McDonald's the cool place to be seen at.

In the summer of 2015, McDonald's, became the target of Junimea, a closed 55k members Facebook micro-society that started sending thousands of messages on brands' Facebook pages in order to generate funny private message conversations they could then post on their secret group's wall for members' likes and recognition.

Junimea is a closed Facebook group, where outsiders only have access if they receive an invitation from already-members of the group. Its aim is to bring together Romanian youngsters who are interested in humor and creativity. The issue was that their "quest" for original and funny, inspired Junimea members to troll brand pages, in order to generate funny private message conversations with the pages' admins and post print screens with these on Junimea's wall. Brand pages received hundreds of messages per minute from group's members.

At stake was the brand's reputation and perception regarding it that was to be reflected in the answers the teenagers got from the pages. Faced with this situation that could have turned into a communication crisis if the conversation would have shifted from private messages to McDonald's Facebook wall, McDonald's and the agency decided that the CORRECT APPROACH is to engage in conversations with Junimea members and answer all their messages, but with a twist.

The agency and McDonald's foresaw the opportunity to activate a difficult target, made up of Millennials and win Junimea members' respect by playing by their rules. This was the ideal opportunity to create the first DARK SOCIAL campaign in Romania.

Instead of getting ready for a communication crisis like everyone else, McDonald's and the agency realised this was the perfect opportunity for a campaign that would create engagement between the brand and the trickiest audience of all: millennials.

Junimea is a closed group on Facebook. To find out more about its members, the agency had to secretly join the group in order to monitor its activity and know how to approach its members. After we got accepted in the group, we studied the behavior of its members. We started to understand them and were able to PLAY BY THEIR RULES! For instance, for Junimea members OC = original content, is the only content accepted by this group, "cancer" is used when a post is bad, AMC -- that moment when etc.

We set the following objectives:

1. Maintain a 70% response rate on McDonald's Facebook page (the usual rate is 100%, but as the agency received hundreds of messages per hour, this became a contextualized objective).

2. Obtain a 10% growth of purchase intention of the Combo 1+1 products.

Thus, the social media marathon began! We created a message strategy to meet the target group's needs: INNOVATION and RECOGNITION and focused on real time engagement and the desire to co- create a campaign alongside Junimea members. Thus, we answered in real time the thousands of messages received, in the Junimea tone of voice, followed by a full digital campaign. We created a webpage, on McDonald's official site, dedicated to Junimea group This way we empowered the messages Junimea members sent us, recognizing the quality of the content they created.

In order to launch #MecSaysHiToJunimea webpage in the group, we officially contacted the leaders of the group. They were happy to help and posted a pinned post in the group letting the members know that the campaign, McDonald's dedicated to Junimea, was launched and that they should visit the website.

How the #MecSaysHiToJunimea webpage worked:

The agency selected the funniest messages it received from Junimea members and published them as content on the website along with specially created design from elements belonging to the Junimea universe. Users who arrived on the website were invited to scroll and read the messages. If they scrolled for more than 60 consecutive seconds they could win 1+1 product combos, offered by lucky moment mechanics.

The target for this campaign consisted of members of the Facebook group "Junimea", as well as their friends and acquaintances. From the perspective of McDonald's target clusters, Junimea members fit the categories "adolescents" and "young adults", who are also the main target of the campaign "COMBO 1+1", which was due to be reactivated in September 2015.

From the point of view of the communication plan, these 2 categories are divided as it follows regarding the consuming habits of the McDonald's products:

#MecSaysHiToJunimea was the first local Dark Social campaign of a brand. Dark Social is the communication that takes place between social media users or between users and brands and it happens in private messages. It is a type of communication with great potential that happens on a personal level. McDonald's was not afraid to approach a new territory, a risky one, but which brought the brand face to face with the target and which generated exceptional results and growth in sales with 0 media investment. 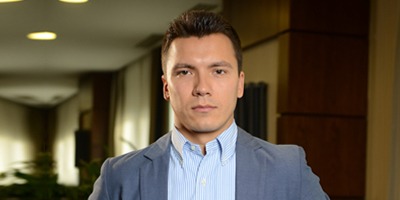 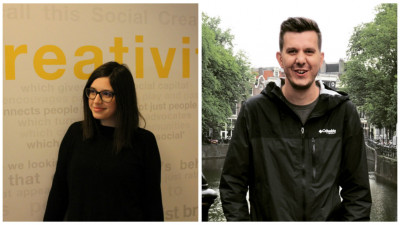 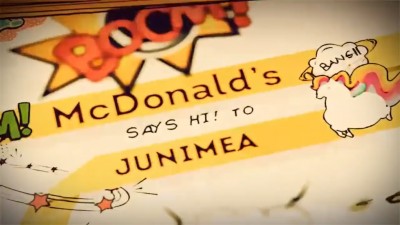